WHAT’S IN A NAME! 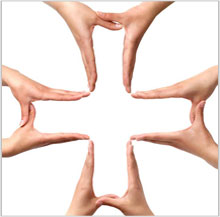 How would you like to be called 'that fat man' or 'the woman with freckles' Why even something nice as 'handsome guy' or 'pretty woman' does not satisfy, as there are plenty of handsome men and pretty women around. No big deal. That's not his identity.

Would you like to be called 'Mr. Shamerock' instead of the correct name 'Mr. Shamrock' The person addressing would not understand what went wrong but Mr. Shamrock is definitely upset. However good your product or price, every time he thinks of visiting your establishment he will remember 'Shamerock'. This would make him think twice before coming to you.

SIR/MADAM
One way of avoiding embarrassing situations, as these, would be to address each and every customer as 'Sir' or 'Madam'. You cannot go wrong with this. A 'Sir' or 'Madam' is respectful. You never have to scratch your head wondering what's her name. 'Oh God, its on the tip of my tongue'. No such worries. Cool.

From the customer's point of view, he is happy to be called 'Sir' or 'Madam'. He is not anxiously biting his nails wondering how his name would be pronounced or spelt. You are doing the right thing and the customer has no reason to be unhappy. There is no room for embarrassment. Everyone is happy and the business goes on.

Usually, nobody goes around giving his name to everyone, every time. His wife and children normally do not call 'him' by name. His friends call 'him' by his nickname. Office colleagues know 'him' by a short name. And there would be some who don't even know his name.

Mr. Quixote is a regular customer!

The moment he walks in and introduces himself, he is received with 'Good morning Mr. Quixote, how nice to see you'. The sales executive goes out to meet him. 'Mr. Quixote, how are you today, what can I do for you'. On finishing his purchases the cashier has a smile and 'Mr. Quixote, would you sign here, this is your receipt and credit card'. The sales manager sends a thank you note to Mr. Quixote. Customer service calls Mr. Quixote to check if everything is to his satisfaction. By now Mr. Quixote has become a household name. (As a matter of fact so have Mr. King, Mrs. Fitzgerald, Mr. Patel, Mr. Choo, Ms. Blake, Mrs. William and all other customers who come to the establishment.) Three months later the service technician calls 'Mr. Quixote we wish to conduct our regular service. When would be an appropriate time for us to come?' Quixote is overwhelmed, Quixote is in cloud nine, Quixote is ecstatic and you know what else ?

Mr. Quixote is a regular customer.

And why should he not be a regular customer? There is no reason for Quixote to go to competition when he is well known here. Quixote feels great after his experience with the nice people he dealt with. He was so overwhelmed that, even if there were any slips it went unnoticed. They got his name right. They called him by name. They all recognised him. They seem to know him personally. He has developed a liking for the place and its staff. They are like family. Why go elsewhere.

From the business point -The establishment, in the process of addressing him by his name shows recognition. Recognition leads to familiarity. Familiarity that helps creates bonds. Bonds that Quixote finds difficult to break from. To the extent, should Quixote have some grievance or displeasure about something, he may not complain but make a mention about it to the concerned staff. How can you complain to someone who calls you by your name and hence must know you well? How can you complain in family?

Each and every business identifies its customers. But do they recognise customer's in the manner the customer expects recognition. Calling him 'Sir' or 'Madam' definitely satisfies customers but addressing him by name would delight him. It helps bridge gaps. It helps improve business relations. It helps in success and growth.

Sorry No Comments found for this article